Uncovering the Secret to Success

What does it take to succeed as an entrepreneur?

Just ask anyone and they will tell you anywhere from three to thirty things you need to know in order to succeed.

Sound familiar? I know, this is not only a short list, it’s obvious and everything you’ve heard before.

But, something is missing. What?

Character. The character of the founder, the entrepreneur.

The Entrepreneur’s Secret to Success

I’ve worked with, talked to and observed many entrepreneurs throughout my 25+ year career.

One trait that I’ve noticed that most of these CEO/Founders had in common was strong character and a will to succeed.

They persisted. They never gave up.

One CEO/Founder that I worked with had an idea to turn the payments industry on its ear and create something new. Trying to revolutionize an industry that began more than 100 years ago and was well established is an undertaking that most people would never have thought of, let alone attempted, but this founder took it on.

The road was rough to say the least. Designing and developing a prototype system, convincing investors that it could work, finding the right partners to work with you in creating the system and enticing employees to come work for you at your startup.  A road fraught with obstacles and challenges. And, at every turn, the temptation to give up and quit. This founder never gave up, he fully believed in his idea and kept moving forward regardless of how many times it appeared as though failure was just a step away.  You see, his unwavering character pulled the company through.

It was eventually sold to a major credit card company in a multi-million dollar deal.  Success!

This is just one story, but there are many more you can draw from to inspire you to continue on and keep going.

If you look at the great successes of our time, they didn’t let failure get in their way of success.  Let’s take a look at what some of them have said:

If you fall down, get up.  Keep falling down and getting up until you figure out why you fell down so that you can learn to stand and not fall. Persist and you will succeed. It may not be what you originally envisioned success to be, but it will be success. 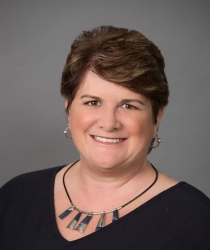 Susan Nieland
Susan is a CPA, financial executive, and founder of CFO Solutions. A former member of the U.S. Air Force, Susan has a 20+ year track record of serving small to mid-size growth companies, both publicly traded and privately held.She has a sense of humor and positive outlook on life and enjoys looking for creative ways to solve every day challenges in finance and accounting.